Since I have a tradition of tardy compositions, I can unabashedly write an entry on events that happened half an year ago and get away with it. So be it. This is the first in a chain of witless accounts of my travels in Spain in July. I kept a small journal through most of my travels and I'm counting on my memory to fill the gaps.

Disclaimer: I might be romanticizing certain parts of my experiences.

It's a 9 hour flight to Paris. I had a similarly long journey last year on the way to Estonia but the company of so many contributors had made it pretty enjoyable. Fortunately, the company of a very interesting young lady, Radhika.

Lesson 1: Sleep on the plane

On 2nd June 2013, I landed at CDG(Paris) expecting an arduous immigration process. It wasn't. I had to wait 2 hours for my connecting flight. After a couple of Skype calls, I plugged in my laptop and worked for a while, as I nervously thought about coming back alone to Paris.

Lesson 2: Bring movies with you

"Why is everything expensive in Barcelona? 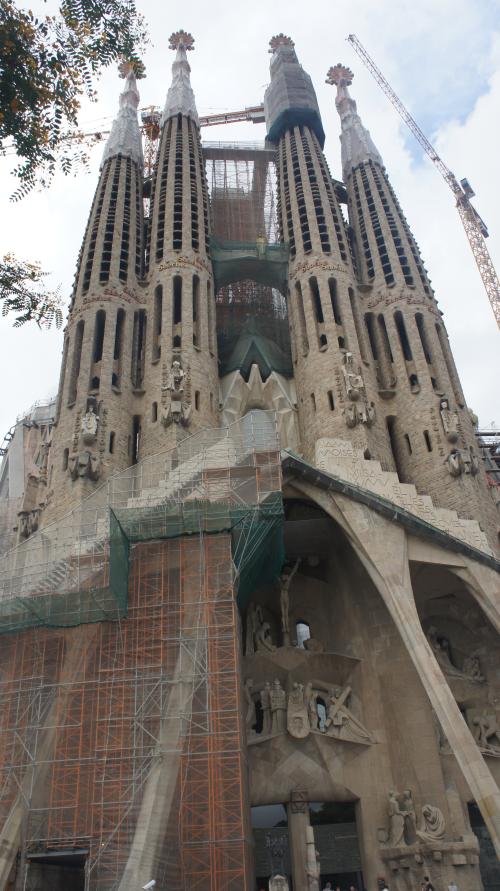 I met Yash (who I'd be traveling with till Bilbao) at the Barcelona airport where he had arrived a couple of hours before me. We boarded at the Gracia City Hostel which was a stone's throw from La Pedrera. That was our first encounter with Gaudi architecture. Next stop was the magnanimous La Sagrada Familia; a basilica designed by Antoni Gaudi and under construction for 130 years. Phew!

Walked a lot. I had the tripadvisor app which I used to attempt a walking tour. FWIW paper maps are far better than apps. Bought some supplies on the way back.

Lesson 3: Paper maps never run out of juice. Don't depend on GPS.

We met a lot of other travelers at the hostel, Chris, Joe, David, Justuce... The first night was a lot of fun, with lots of conversations, music and jokes. Undoubtedly, if there's one hostel I'd love to go back to, it would be this one.

Woke up at 9 am to find the dorm almost empty. Packed up some things to eat and headed out towards Montjuic. Barcelona has a slightly confusing metro system for a person like me who is accustomed to the simple Delhi metro. Visited the magnificent Font Magica, The Four Columns, the Palau Nacional, and the Olympic Stadium. The Communications Tower was the one that fascinated me the most, though.

The most tiring part was the climb up to the Montjuic castle. There was a cable car available but we climbed up anyway. Had a good look around and rested. On the way down, we took an off-beat path to the beach. Had a Doner kebab and decided to go run for a while along the beach.

/Lesson 4: If you plan to go to Spain without sunglasses, you're gonna have a bad time/

After another pit stop at the hostel, we decided to check out the famous Las Ramblas.

Agenda for the day: Parc Guille and Barri Gotic.

Pro tip: Click a picture of the map outside the park

We roamed through the Gothic City with the help of the guided walking tours on the tripadvisor map. I read about Gothic architecture in advance to make sure I could know what I was looking for.