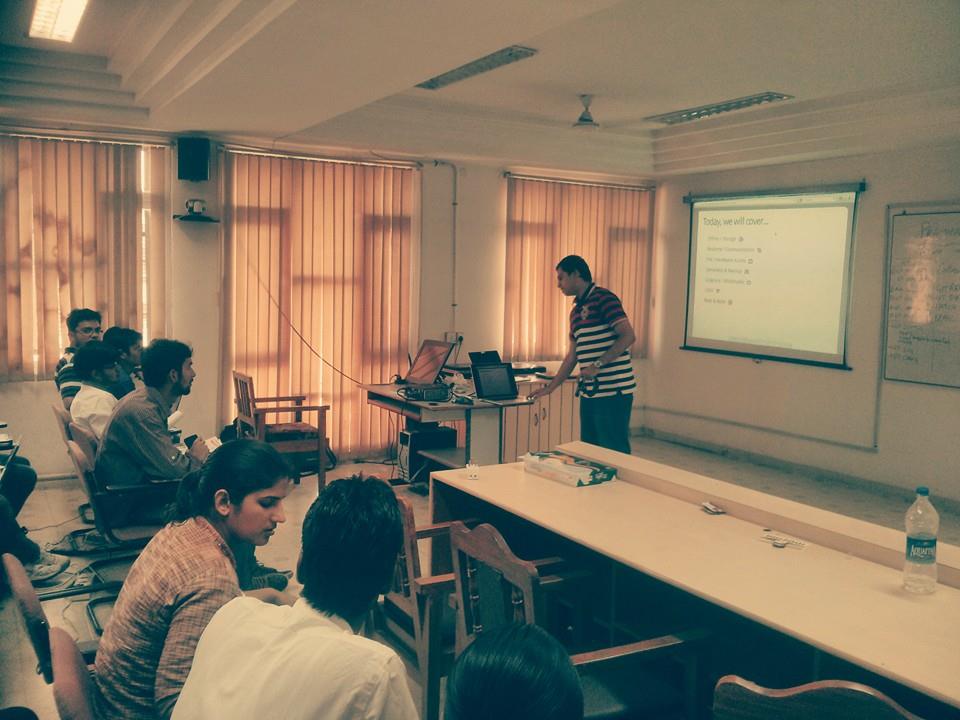 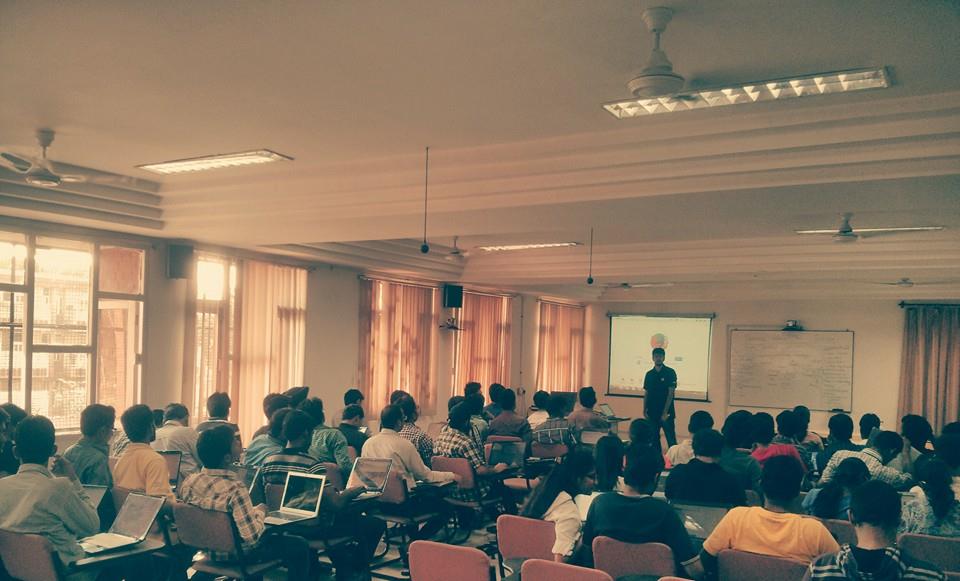 Techspardha is NIT Kurukshetra's annual technical fest. This year's fest involved a day long workshop on Free Software and HTML5, organized by Harsh Chaudhary. I was present at the event as a Mozilla Rep along with Paras Narang, from ThoughtWorks, where we delivered 4 talks. The event was attended by about 85 students from the college, and involved about 5 hours of talks by the two of us.

The first talk, in which we aimed to trigger conversations amongst the students and speakers featured an introduction to Mozilla, Mozilla India, and Free and Open Source Software. We started with a talk on Mozilla, its initiatives, projects, and functional areas of contribution. We also discussed how Mozilla was formed and how it helps build an Internet open to everyone. We also talked about programs like FSA, Reps and their benefits. This was followed by a session elaborating general methods of contribution

This time we tried a feedback method which we massively benefited from. We collected feedback twice. The first feedback helped us course correct and evaluate what the students were looking forward to. Based on the next feedback and our experiences, it worked quite well for the students and us as well.

After the introductory talk, we spoke about Version Control Systems and elaborated on Git. After giving an idea of how systems like Git and Mercurial can help people across the world collaborate, we proceeded to explain the basic architecture and usage of Git. Since it was a hands-on event, we had a couple of quirks using Git with Windows (Since everyone was using windows, we demonstrated on Windows, while stressing the ease of development on other platforms) which were nothing but an opportunity to interact better with everyone.

We had to rush through the HTML5 talk since we were on a strict deadline. We covered a number of HTML5 features and also their relevance to Firefox OS. We couldn't have a hands-on for HTML5 but we're sure the folks at NITK will give it a shot soon! We loved the response from the students and it was pivotal in getting the conversations going.

Reaching the venue involved a fair bit of travel but we reached rather comfortably. Harsh and the rest of the team at NIT Kurukshetra made sure the journey and stay were as comfortable as possible. Special mention to Akshay Katyal for lending me the Reps TShirt and letting us distribute stickers, badges etc from his personal cache! And thanks to all the attendees for participating! (P.S. If you were present at the talk, and have any questions, you can ask them here or email them to us. Email addresses in the first link in Resources)

Here's a list of resources we used or mentioned:

i want 2 do project