It's not once in a lifetime unless you were born after 2004 or were too little to comprehend the phenomenon. 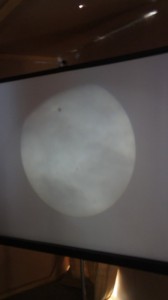 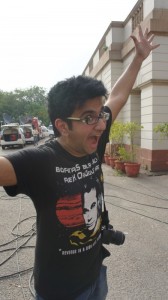 "Dude.. Driving in Delhi is like playing Tetris. With cheat codes. - Avnish Anand"

In 2004, I had to make do with a pair of binoculars and a white sheet for projection. This time, I went to Nehru Planetarium instead. Slept 3.5 hours and woke up at 6.00 AM. Picked up Aditya and reached the planetarium at around 7.30 AM. Met @satyaakam and @avnish_anand . The clouds had cleared up by then so had a quick look. I must say the giant old school observation room constructed to observe the Sun was pretty awesome. Not much to do though. Also had a long chat with Satyaakam on Open Source. At the planetarium. Yes. Picked up a few things. Avnish failed to procure the special glasses they were selling to observe the sun. Curse you. 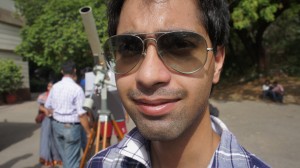 Clicked a few pics. Good way to start the day. Though I'm quite sleep deprived by now. 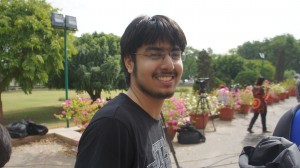 Oh, and yes, I took Aditya's telescope. It's a Skulux 70mm refractor. German Equatorial mount. It's quite old so other details are hidden under layers of dirt.

Update: New Pic. Thanks to @satyaakam 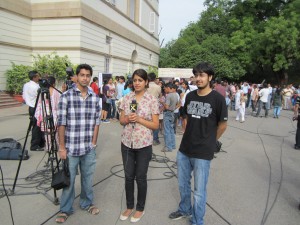